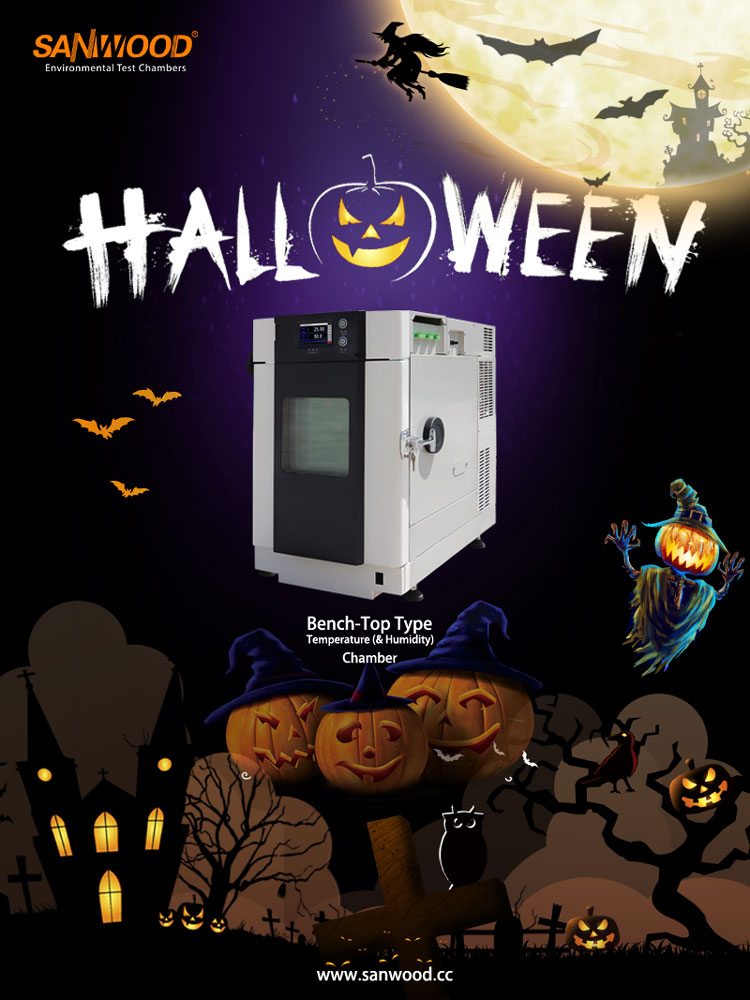 Halloween is a holiday celebrated on October 31. By tradition, Halloween begins after sunset. Long ago, people

believed that witches gathered together and ghosts roamed the world on Halloween. Today, most people no

longer believe in ghosts and witches. But these supernatural beings are still a part of Halloween.

The colors black and orange are also a part of Halloween. Black is a symbol for night and orange is the color of

pumpkins. A jack-o’-lantern is a hollowed-out pumpkin with a face carved on one side. Candles are usually

placed inside, giving the face a spooky glow.

Dressing up in costumes is one of the most popular Halloween customs, especially among children. According to

tradition, people would dress up in costumes (wear special clothing, masks or disguises) to frighten the spirits away.

Popular Halloween costumes include vampires (creatures that drink blood), ghosts (spirits of the dead) and

werewolves (people that turn into wolves when the moon is full).

Trick or Treating is a modern Halloween custom where children go from house to house dressed in costume, asking

for treats like candy or toys. If they don't get any treats, they might play a trick (mischief or prank) on the owners of the house.

wander the Earth with a lantern. The Jack o' Lantern is made by placing a candle inside a hollowed-out pumpkin, which is carved to look like a face.

There are many other superstitions associated with Halloween. A superstition is an irrational idea, like believing that the number 13 is unlucky!

Halloween is also associated with supernatural creatures like ghosts and vampires. These creatures are not part of the natural world.

They don't really exist... or do they?

Witches are popular Halloween characters that are thought to have magical powers. They usually wear pointed hats and fly around on broomsticks.

Bad omens are also part of Halloween celebrations. A bad omen is something that is believed to bring bad luck, like black cats, spiders or bats.