Thermal shock testing subjects a product to alternating extremes of high and low temperatures in order to observe changes in the product’s characteristics and failure occurrences caused by different materials and thermal expansion. 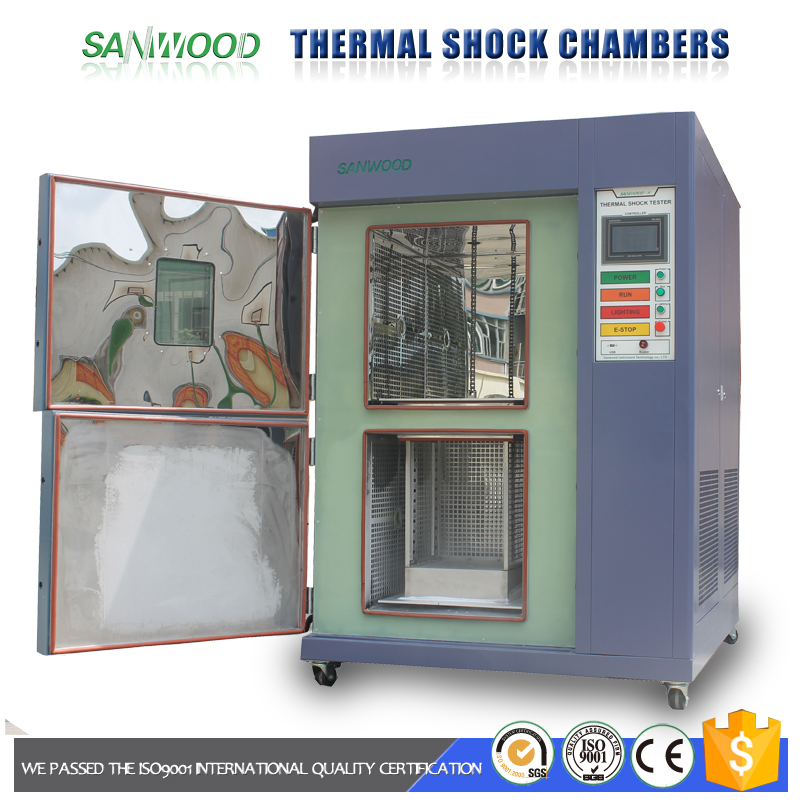 A Vertical Orientation Thermal Shock Chamber has two independently controlled hot and cold zones; one atop the other. A single product carrier moves between each zone, subjecting the product to dramatic changes in temperature. An advantage of the Vertical Orientation chamber is it uses less floor space, making it ideal for smaller labs. 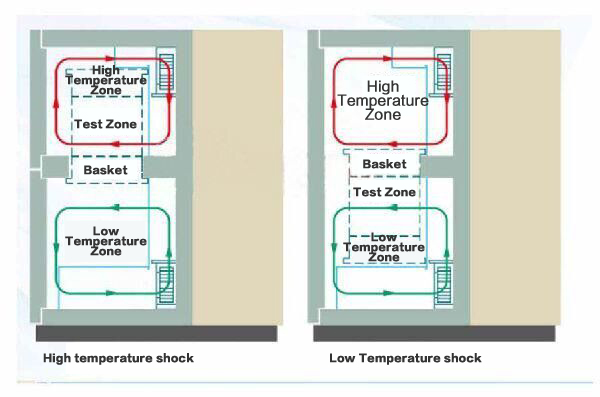 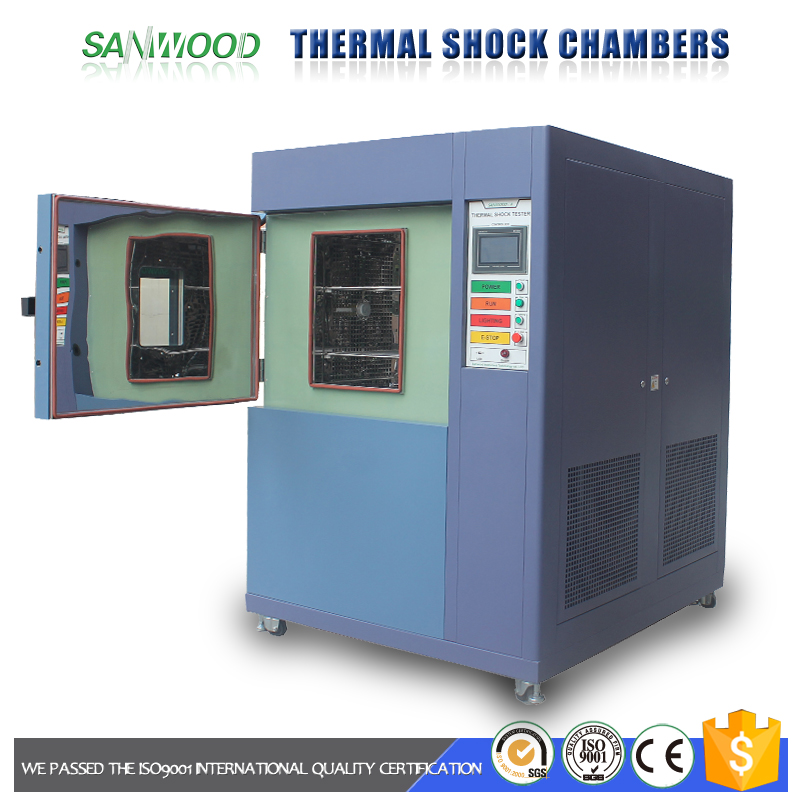 A Horizontal Orientation Thermal Shock Chambers has three side-by-side independent zones: hot, ambient, and cold. The addition of the ambient zone allows for three zone testing, which is a requirement of some military standards. This unique and versatile chamber configuration can also be used for two zone tests. This is accomplished by programming the product carrier to automatically transfer the product from hot to cold, and back again, eliminating a dwell in the ambient zone. 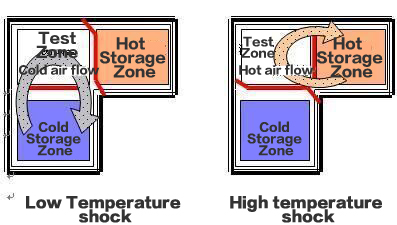 SANWOOD Thermal shock chamber feature:
1.USB and Ethernet interfaces
2.User-friendly touch-screen operation with large 5.7" color display
3.Store 40 two-zone or three-zone test programs
4.Programs may be written on a PC and uploaded via USB
5.Operation data can be downloaded as needed, or continually, to USB
6.Two time signal relays for automated on/off control of test devices/samples
7.System alarms are stored in memory for historical review
8.Built-in timer functions allow the chamber to be started or shut down automatically
9.Ethernet interface for remote monitoring and operation control, as well as data downloading.

If you need more information regarding thermal shock chamber, don’t hesitate to contact us immediately .