August 1st is The People's Liberation Army. It comes from the Nanchang uprising led by the communist party of China during the democratic revolution.

Nanchang uprising on August 1, 1927, the opening shots in what may be the communist party of China armed opposition kuomintang

reactionaries first gun, marks China's entry into the independent leadership of the communist party of China the armed revolution in

In July 1933, the provisional central government of the Soviet republic of China decided on August 1 to commemorate the founding of

army day. During the army's day, all parts of China will focus on the activities of "the master of the army, the people of the people"

and the birth of the people's army. 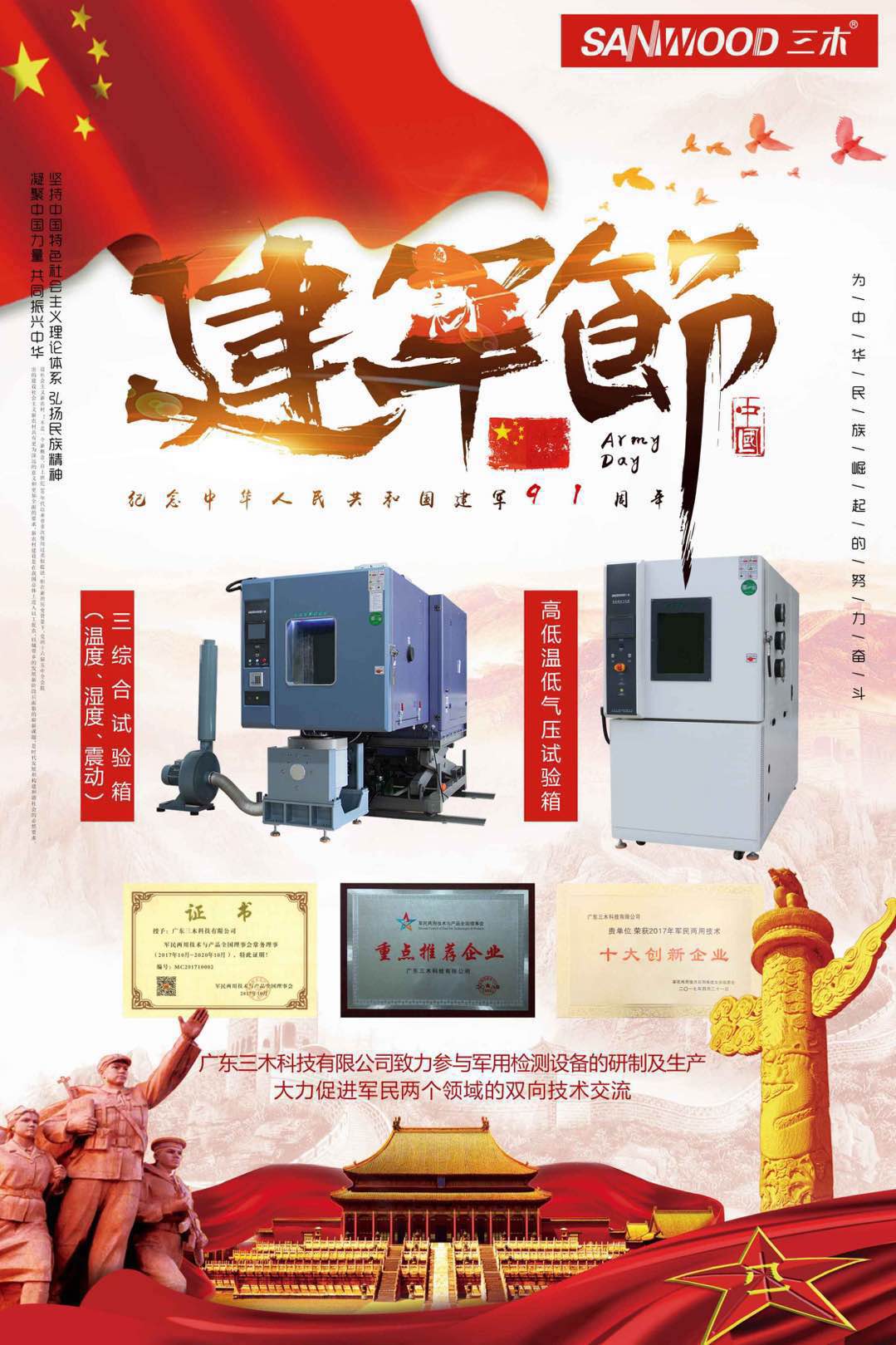 of the Northern Expedition Force. Nanchang, Jiangxi was held in an armed uprising, started armed struggle against the Communist Party

in Jinggangshan realignment, the official composition of the Revolutionary Armed Forces of China's fourth army of workers and peasants.

June 30, 1933, the Central Revolutionary Military Commission of the decision: August 1 each year for the anniversary ofthe Chinese

the decision. Since then, the "81" has become the Chinese People's Liberation Army Day.

Sanwood Environmental Chambers Co.,Ltd, based in Taiwan. We are a direct factory which has specialized in manufacturing environmental